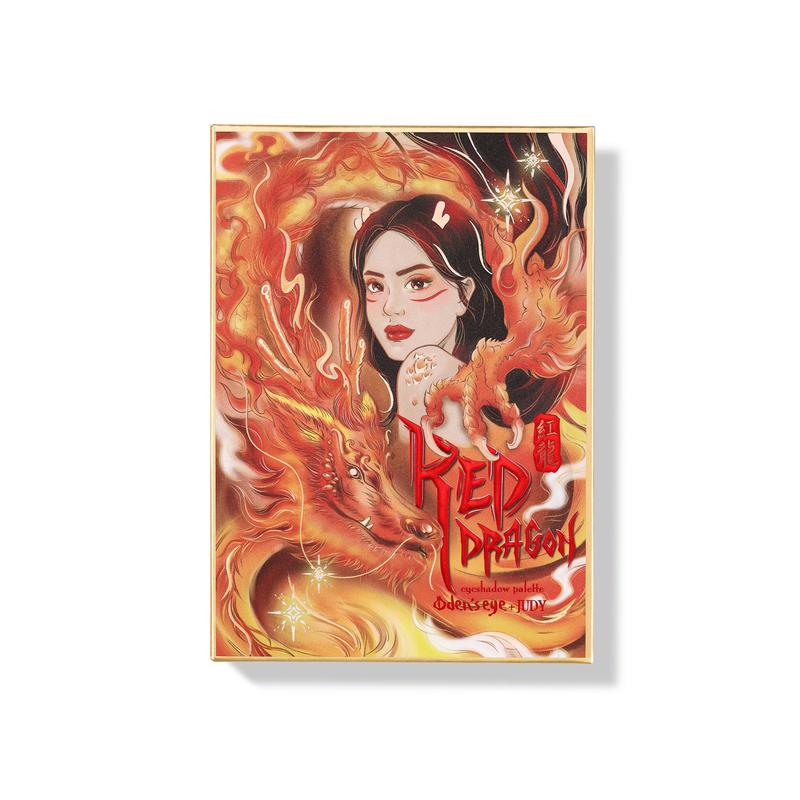 Well my lovelies, I hope you had a fantastic winter holiday, whatever you celebrate. We went home for a visit and overscheduled ourselves like usual. I’m exhausted and feeling a little bit like I’m dying, but it was great being able to see people and engage in some merriment.

So, Black Friday. I used to love shopping on Black Friday, back before I was a total cynic about Capitalism and rampant consumerism. I used to be one of those people who woke up at 2 am and stood in the cold for hours to get the doorbuster deals. In hindsight, that was insane. I can’t even remember most of the stuff I was so excited to get. Other than the nice gaming computer I used during my MMORPG phase…

Anyway, this year I didn’t have a ton of money for Black Friday, since I’m still getting my business off the ground, so I had to be ruthless and decide what I really wanted. I decided to take advantage of one sale.

An indie Swedish brand called Oden’s Eye has gotten a lot of good press this year, and they were offering 40% off their entire site for Black Friday. The sale could also be combined with the normal 10% off affiliate codes for a total of 50% off. Yes, please. So what did I get?

I’ve had my eye on this palette since it was released months ago. It’s part of the Legendary Diversa collection, a collaboration between Oden’s Eye and three WOC in the YouTube beauty community. The only one I followed prior to the release is Tina (The Fancy Face). I love her. She’s gorgeous and sassy and strikes me as having integrity, something that’s really important to me in someone who’s reviewing things I might want to spend my money on. Her palette is gorgeous but not something I can see myself wearing very often. I find those blues and purples really visually appealing but I don’t think they look great with my eyes and skin tone.

The fiery tones in Judy’s palette though? Oh, hell yeah. I’ll wear these every day. There’s a couple of neutrals, in case I want to tone down the beautiful reds and berries. There’s even a grungy green. The whole thing gives me life. This is not even taking into account the utterly stunning packaging. This is now sitting on a shelf next to my Storybook palettes, but unlike those, I’ll actually use this.

One of the things I really dig about Oden’s Eye is how much they use Norse mythology in their collections. And not just, like, Thor and Loki the other gods we all know about because of Marvel.

One of my favorite goddesses, Freja, has multiple collections of her own. Freja is the goddess of love, lust, beauty, sex, sorcery, gold, war, and death. Yes, all of them. It made sense to the Norse so I’m on board. And her palettes are beautiful. This one is a cool two-sided palette and the color story is warm, but a bit more muted than Judy’s palette with a really pretty Kelly green. I haven’t played with it yet but I can’t wait.

This year I’ve developed a love of blush. I have a lot. Like, a lot. This is one of the prettiest ones I own. This version has some shimmer in it, while the fruit blusher doesn’t. The color is really unique and I don’t own anything else like it. It’s not streaky or patchy, and it’s not so pigmented that it looks weird. Moderately pigmented blushes are good, but you don’t want it to be overboard, and this one walks that line really well. Definitely worth the $6.50 I paid for it.

Ohhhh she is pretty. Look at her. I love her.

I wore this on Christmas day and loved it. The color isn’t too bright or overwhelming, and that’s something I really worry about with reds. I have thin lips and sometimes dark colors look a little weird. The best part: this shit did. Not. Move. I ate, I drank, I was merry, and my lipstick stayed exactly where I put it. It’s light and doesn’t feel like I have gunk on my lips. It goes on a little sticky and takes a few minutes to dry, but that’s a relatively minor annoyance and it’s really my only criticism. Love it. Will wear it all the time.

One thought on “My $64 Black Friday Haul”