My stepdad turned 60 over the weekend.

His birthday conveniently coincided not only with his favorite football team, the Buffalo Bills, taking on their longtime rivals, the Miami Dolphins, in Miami, but the resort where my sweet, adorable cousin works in Fort Lauderdale was also hosting a Buffalo Bills-themed weekend, complete with game tickets, transportation, and lots of beer.

Obviously half of the family went down for this weekend, myself included. 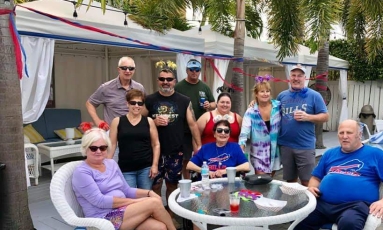 Three generations of the Jonas/Snyder clan.

To be honest, I have zero interest in football. Less than zero. Negative levels of interest even. But spending a weekend in Fort Lauderdale in December seemed like an excellent idea. Dan’s sister Lisa came too, but she was mostly there for the football.

From the left: Lisa, Uncle Ron, Aunt Sandie, and my mom. Ready for the sportsball game.

While they were all drinking and screaming and hoping for a victory, I stayed by the pool with a beer, where I belong. It was really all I wanted out of the weekend, and it was glorious. 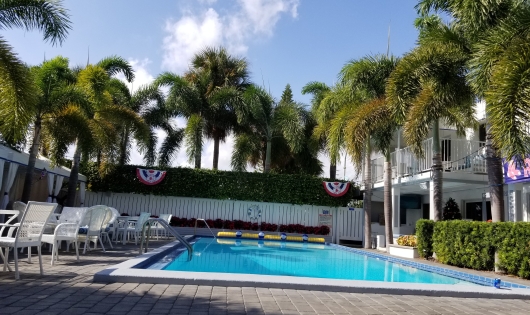 Basically my version of heaven.

All the traveling I’ve been doing recently has been time-consuming and a little stressful, but it’s kind of a dream come true.

Sadly I left Fort Lauderdale yesterday morning, and now I’m in Roanoke, Virginia. Dan is here for training and I’m spending the week with him before I head back to Albany. Or maybe longer. Who knows? I’m just going where the wind takes me.