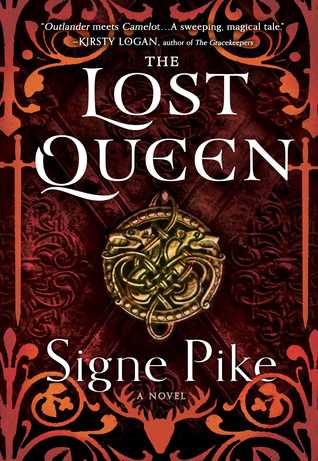 I think by now you’ve picked up on the fact that I like fantasy novels. Also history, and sometimes legends.

So it’s no surprise that when I walked by this book at my local library I was immediately intrigued. The Arthurian legends have fascinated me since I was a kid, and the more I learn about the historical basis for the stories the more interested I am.

To be clear, I’m not talking about the kind of “history” that was passed off in that shitty Clive Owen/Kiera Knightly disaster of a movie, King Arthur from forever ago. I had such high hopes, but that shit was garbage. Lancelot was hot af though, I’ll give it that.

Anyway, back to the book. 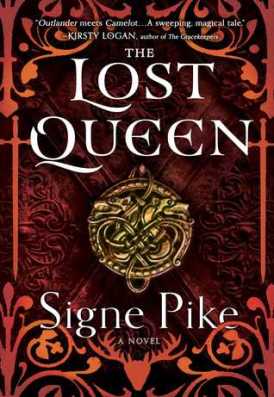 Synopsis: Intelligent, passionate, rebellious, and brave, Languoreth is the unforgettable heroine of The Lost Queen, a tale of conflicted loves and survival set against the cinematic backdrop of ancient Scotland, a magical land of myths and superstition inspired by the beauty of the natural world. One of the most powerful early medieval queens in British history, Languoreth ruled at a time of enormous disruption and bloodshed, when the burgeoning forces of Christianity threatened to obliterate the ancient pagan beliefs and change her way of life forever.Together with her twin brother Lailoken, a warrior and druid known to history as Merlin, Languoreth is catapulted into a world of danger and violence. When a war brings the hero Emrys Pendragon, to their door, Languoreth collides with the handsome
warrior Maelgwn. Their passionate connection is forged by enchantment, but Languoreth is promised in marriage to Rhydderch, son of the High King who is
sympathetic to the followers of Christianity. As Rhydderch’s wife, Languoreth
must assume her duty to fight for the preservation of the Old Way, her kingdom,
and all she holds dear.

Yeah, there’s a lot to unpack in this book.

Since this is the first book in a series, the majority of it is spent establishing the setting and time period, fleshing out characters and setting up the main sources of conflict. And there is a crapload of conflict in this book. Lots of violence and murder and death, and it can get a tiny bit graphic so if that’s not your jam, you’ve been warned. It’s not nearly as bad as a series like Game of Thrones, but I feel like that’s at the extreme end of the spectrum.

One of the things I liked the most about this book is the characters. Languoreth really is an intelligent and strong-willed woman, and given that it’s set in sixth-century Scotland I wasn’t expecting that. She’s ahead of her time for sure, and her independence gets her in trouble more than once, especially when it comes to men who feel she should be meek and subservient. During this period in history, Christianity was spreading rapidly across Europe thanks to the Romans, and one of the biggest challenges for Languoreth is dealing with men who want her to convert and be silent and obedient because the Bible demands it. She may be a queen but that doesn’t mean she’s allowed to have opinions or make her own decisions.

I could go on a whole feminist tirade about that shit but I’ll spare you. I can tell you that the author handles those challenges in a historically appropriate way, but because this is from Languoreth’s point of view, we get some insight about how she really feels about it and how it compares to the relative equality she enjoyed practicing Pagan ways. It’s an interesting juxtaposition, and it makes me wonder how the new religion ever caught on.

I really enjoyed reading this book and even though I have very little time to read these days, it only took me a week to finish it. It just came out so there’s no publication date for the second installment, but I’m very much looking forward to it.

One thought on “What am I reading? The Lost Queen by Signe Pike”