I talked a while ago about a podcast I love, Ghosts in the Burbs. This week’s installment is about a place I’ve been.

The introduction may be a little confusing if you’re not a regular listener; there are names in there that you likely haven’t heard before. But the couple in this story supposedly spend the night in a haunted location near my hometown. A location I’ve visited with some of my favorite ladies. It’s worth a read, and if you like it, maybe go back and read from the beginning. You won’t be disappointed.

ghosts in the burbs 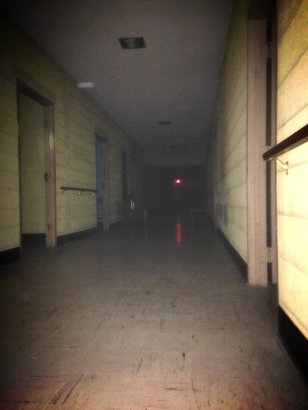 “Are you hearing anything now?” Adam asked excitedly.

I told him I hadn’t and that I usually didn’t, that it was a rare occurrence as of late. It was a lie. As I’d watched the man and his fiancé walk through Quebrada’s front door Claire had cautioned, “Be careful with those two.”

The truth was that Claire had stuck around after that night in Smith and Wollensky’s when I’d broken the news of her freedom to the three witches who’d bound her in between. After that night she’d told me that there had been a chance to move on and her boyfriend had taken it but she had chosen to stay behind. She said Wellesley was just getting good and that I was just getting started.

The dead were speaking, but not very often and when they did it wasn’t all that informative or helpful. Claire’s voice rose above…