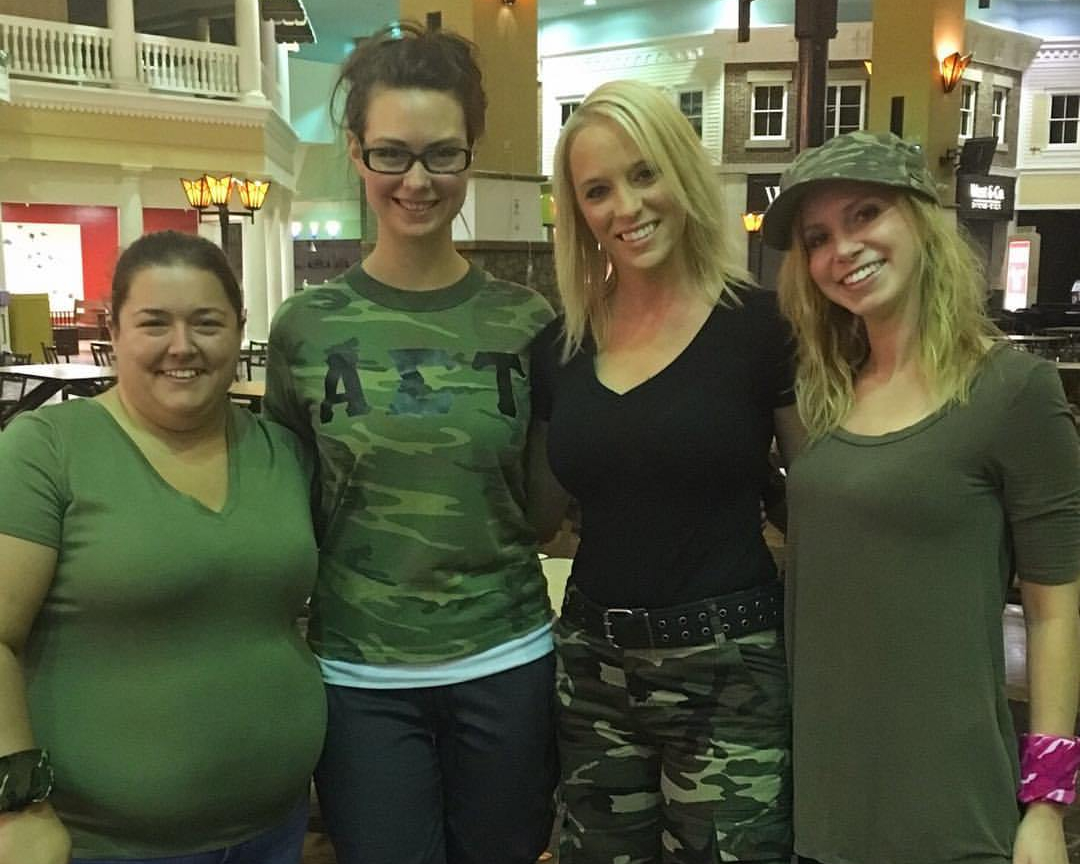 Once again I know I’m coming at you out of left field, but this is something I’ve spent a lot of time thinking about. Not just recently but for my entire life.

I can remember being little, not more than 6 or 7, and bringing home a book from the school library called Wait Till Helen Comes about a blended family that moves into a new house, a converted church. There’s a cemetery behind the house that’s haunted by the ghost of a lonely little girl named Helen. A bunch of super creepy stuff happens that affects the entire family, and the climax is when the little girl who’s been playing with Helen is lured to a lake to be drowned. Helen wants them to be together forever, obvs.

The whole thing is contrived and predictable from an adult perspective, but it’s some dark shit for a little kid to be reading, and I remember being absolutely obsessed with it. It didn’t scare me; it fascinated me. My mom was not at all pleased that this book was in the elementary school library and possibly berated the librarian for allowing me to check it out, but that hasn’t been confirmed.

From then on I read everything I could get my hands on about the supernatural; not just ghosts, but werewolves, vampires, Loch Ness, aliens, anything that was outside of the realm of what we consider “normal”. Many of the things I read were highly inappropriate for someone my age, but I got smart and didn’t let my mom catch me. It’s not that I lied per se; I just learned to keep this kind of stuff in my backpack or in my desk at school (sorry mom).

This fascination has carried into my adulthood. I’ve been on a few ghost hunts at the local haunted asylum and a (lame) haunted mall.

Notice our team uniform; camo, so we can hide from the ghosts.

I suspect that my friends aren’t as obsessed with the paranormal as I am, but we always have a great time and the asylum, in particular, is super creepy. We had a couple odd things happen there. 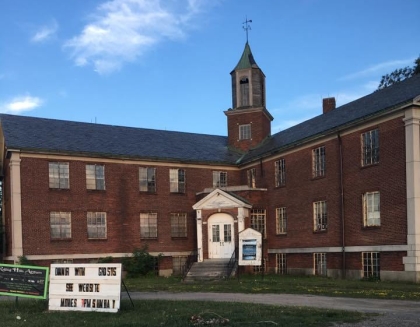 In the asylum morgue there’s a big stainless steel table that’s supposedly original to the building, and at the end is a men’s suit on a hanger suspended from the ceiling. The story goes that when the mortician was preparing bodies for burial (because there were a lot of deaths there, and somewhere there’s also a cemetery but the current owner isn’t sure where it is), he’d hang a suit near the table for easy access after he finished the other… procedures.

There’s a ghost that hangs out in the morgue and likes when people lay on the table, which is a bit morbid but ok. This ghost enjoys communicating with people so you can ask questions and the suit will move in response. I was skeptical when we heard about this during the tour, but when we were down there it actually worked. We asked if the ghost minded if we were in the room, and told it to move the suit to face the wall for yes, and toward the door for no. It moved to face the door. And it didn’t swing; it rotated a little bit and stopped very deliberately. We asked it a few more questions and it continued to interact with us. None of us had the courage to walk up to the suit and feel for a motor or other mechanical device, but I can tell you that there wasn’t a breeze or any environmental factors that could have been moving this suit. Even if there had been a breeze it logically would have been swinging and not rotating. It was just… strange.

The owner of the asylum has a few of the rooms set up with antique furniture and toys, a room set up like a classroom, a room full of old Christmas decorations; basically, the decor enhances the overall creepy vibe of the place. We got some odd feelings in some of the other rooms we visited, but I’m honestly not sure if those feelings were because of our surroundings or because of something paranormal.

The place doesn’t have electricity or running water, but there are still bathrooms, and the story goes that there’s a ghost in this one particular bathroom that’s really possessive of the bathtub. My friend Becky was the only one brave enough to get in the tub.

Nothing happened to her; I just think it’s really amusing, even 18+ months later. She’s like me and loves baths, so in hindsight, it makes sense that she’d get in the tub.

Something extremely scary happened to us close to the end of the night. The four of us were walking single file down a dark hallway, with Alisha in the front and Becky bringing up the rear. Out of nowhere, Alisha screamed, Becky screamed in response, I yelled “WHAT THE FUCK?!!”, Shauna gasped and we all stopped abruptly. It seemed like an eternity before Alisha told us what had happened that prompted her to scream like that.

A bat flew at her face.

Nothing breaks the tension like laughter; it was half from relief and half “Guys, we’re really ridiculous.”

I’ve had plenty of paranormal experiences in my lifetime and I’d like to have more. When the weather breaks there’s a place I’m dying to investigate, and my friends are all on board for more spooky adventures.

So, I believe in ghosts. Do you?

20 thoughts on “Do you believe in ghosts?”