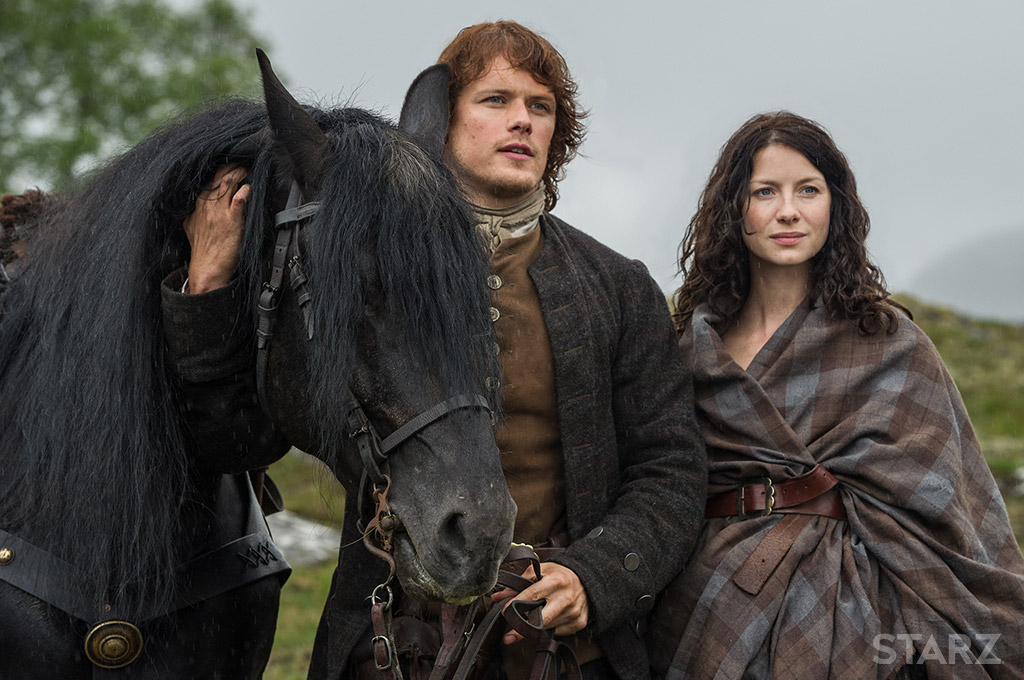 I know, I know; this post is not about makeup. I want to talk about it anyway.

I absolutely love this show, and the books series it’s based on. I’m only about halfway through the third book so the show is about to pass me, and it’s weird to not know what’s going to happen. I normally read the book(s) before watching the show/movies because isn’t the book always better? I think so.

Anyway, this series is about a woman named Claire and her adventures through time, opening in 1945 and then transitioning to 1742. I know it sounds strange, but it makes complete sense in the series. The first parts of the story play out during the Jacobite rebellion, which creates a lot of the adventure/conflict in the first two books/seasons.

Both the books and the show are well-written, meticulously researched and, I think, strike a balance between the possible and the ridiculous. I mean, there’s definitely potential for jumping the shark when you’re talking about a time traveling “romance” series. I don’t actually think of this as a romance series despite the love story and all of the professions of enduring devotion.

It’s weird; I don’t like romance novels. I find them off-putting and terrible with lots of underlying misogyny and fucked up relationship dynamics (see: Twilight, 50 Shades, basically every Nicholas Sparks novel and adaptation), but I don’t see that in this story. Claire and Jamie love each other and there’s plenty of talk of soul mates, but they also have to address actual problems, like Jamie’s PTSD and the loss of a child. They try to face relationship issues head-on and talk to each other but it doesn’t always work out that way. It just seems so much more real than other books/shows in this genre. Things aren’t always happy and perfect. They bicker, they argue, they were married under duress and didn’t fall in love until well after.

Also, let’s be honest: the leads in this show are totally gorgeous.

That’s not to say that the series isn’t occasionally problematic; I don’t like that rape is used so often as a plot device. I find it lazy and cliche at best, and I really don’t understand why Claire is almost raped at least once in every season. Season one was an outlier, I guess, because she was almost raped three or four times. I don’t like that Jamie is a casual criminal, like he hasn’t learned not to do the shady shit that lands him in prison. He has an actual business now, but for some reason, sedition and treason are still a thing. I get the whole nationalistic pride thing and that he’s not into the British being an invading force in his country, but he’s high profile. Maybe he should be smarter.

On the whole this is a great series, and if you haven’t checked it out yet I highly recommend it.

3 thoughts on “Let’s talk about: Outlander”